You already have heard that brain boosters, cognitive enhancers, and the mood elevators are giving you beneficial effects.

There are a lot of users who are getting the benefit to improve cognitive abilities from the Nootropics but there might also have the side-effects that you should worry about.

I have received the question from different blogs related to the Nootropics.

Do Nootropics really have any negative side-effects?

First of all, every drug has negative effects no matter, even they are manufactured with herbal components.

Similarly, these drugs work wonderfully for one person but it does not mean the second individual get a good effect from these drugs.

Below is the list of various potential dangers are mentioned. Keep in your mind that you may not experiences the dangers by using the smart drug.

To avoid the nootropics, it is important to guide yourself with the dangers of nootropics because the long-term use may interfere with normal function of the brain.

What Are The Nootropics?

The Nootropics are the supplements also called smart drugs or cognitive enhancers. Their mode of action is to enhance the brain activity and makes you very active to perform the different activities related to mental health.

According to the Dr. Corneliu Giurgea, the nootropics are free from the side-effects.

In my point of view, we cannot judge the negative effects of cognitive enhancer properly because it depends upon many factors such as,

You need to consider these dangers more specifically prior to administering any kind of Nootropics.

There is not enough research is available that can truly guide you about all of the side-effects and the ingredients mode of action.

The Nootropics effects are based on the dosages. When the Nootropics are utilized in the high dosages so, there is a stimulation of those areas in the brain that are responsible for performing the activity.

None of any dosages concentration is come without causing any side-effect. They have come with serious health concerns.

The Effects Of Supplement Regulation

There are plenty of the natural or herbal extracts are available online and it is a crucial step to select the correct dosages and research for the side-effects as well.

Before buying any cognitive enhancer, it is the most important to know about complete information on the stacking.

One of the main reason is that Nootropic supplements are not regulated by the food and drug administration.

Selection Of The Nootropics:

There are thousands of supplements are available online. Each of the product has a different mode of action.

Most of the cognitive enhancers are relatively safe but, most of the supplements are detrimental for your health.

You need to careful when you are taking the prescription pill because the chemical ingredients in the smart drugs may harsh for your system.

The reason behind this is that they are not tolerated by some individuals in few cases. You should definitely aware yourself that what types of ingredients cause headaches and develop the hypersensitivity.

The main concern is that all these types of drugs are active on the brain, causes tension, and bad for the overall health.

The synthetic drugs are capable of altering how the brain works and target some areas to alter the function.

They are acting on the cerebral circulation, neuro-receptors, neurotransmitters and the different hormones level.

It is still unknown that how the brain nootropics are acting when a person consume it for a longer period of the time.

The safest and quality nootropics can alter the brain functions.

The brain fog is a condition that is generally defined as a lack of energy, clarity, and the mental focus as well.

These drugs have significantly impact on the brain focuses, mental energy level, clarity, and also induces some of the metabolic imbalances that may impair thinking.

For example, some of the Nootropics are improving acetylcholine activity simultaneously, they are interfering the brain’s natural cholinergic capacity.

According to some Neuro experts, the use of cognitive enhancers containing nicotine may stimulate a condition of cognitive deficits.

The abusing of smart drugs containing nicotine may impair cognitive functions and make more tolerated a brain structure to perform the function.

This sign is not common with all of the nootropics but, the Provigil forces the physical body. Means, the drug mode of action is improper the circadian rhythm and uses more energy when you are feeling tired. This will also accelerate the aging process and way your body works.

One of the most common Nootropic negative effects is that they act on the head.

The headaches are a first sign result in the nootropics.

Further, they cause more pain in the head and cause the brain fog side-effects.

We can mark a headache with the poor quality of stacks and the poor management as well.

If you want to eliminate this side-effect, so monitor the number of dosages and ingredients used in the Nootropic.

The natural ways are to take the rest or regulate proper sleep for giving the rest to brain activity and drinking more water.

It is still unknown whether this drug is detrimental for your health or the safest.

The human brain is more likely to develop in the 20s.

When you are taking the Nootropics over the age of 25 so, there is a less risk to carry the functional changes.

The nootropics are also stimulating the anxiety and over-excitation rate. It stimulates the focus, alertness, and the concentration.

This work to improve energy levels. This sign can easily overcome by the avoiding the sedative Nootropics just before doing the mental demanding tasks.

The deprivation of sleep result in the smart drugs may impair the brain function and causes the fog. Moreover, it causes the deep and decrease in sleep.

The digestive system or gut is also linked with neurotransmitter receptors and nerves that is also known as an enteric nervous system.

Due to this connection of the gut with brain, the function becomes impaired or disturbed.

The excess dosages of the Ginseng Ginkgo Biloba extract have stimulated the intestinal issues that may painful for you.

Sometimes, the nootropics trigger the gut function, the neurochemical sensors, and the serotonergic compound like B6, B9, and the B12.

The Side-Effects For Beginners

Most of the beginners are taking the smart drugs and start the stacking by selecting the safest one.

The combination of Piracetam and the Choline is the most famous stacking to enhance the memory that is also proven.

The combination of L-theanine and Caffeine can improve the mental focus, activity, and all of those effects that result in the use of caffeine.

The other various side-effects are mood imbalances, tiredness, strange dreams, lucid dreams, and the jitters.

The Nootropics toxicity is measured by the short-term lengths. The long-term toxicity depends upon the type of supplement whether herbal and synthetic.

How To Overcome The Side-Effects?

If you have the aim to begin the Nootropic journey so, it is important to consult a doctor because it makes a job easier.

Not only selection, but they also guide you for Nootropic dosages and there are less chances to find yourself sick because you are using these drugs under the supervision of a doctor. 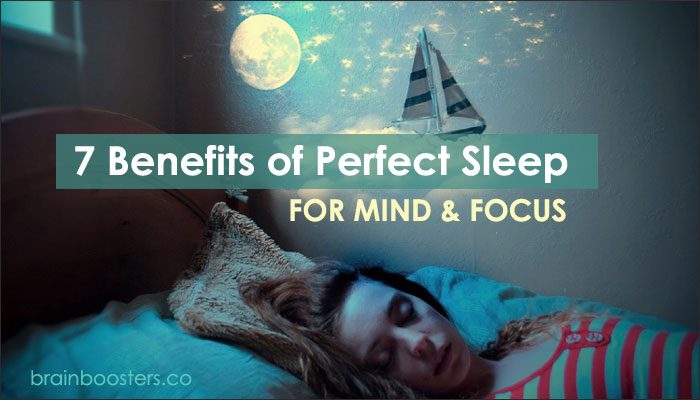 7 Benefits of Perfect Sleep for Mind and Focus! [Updated List 2020]